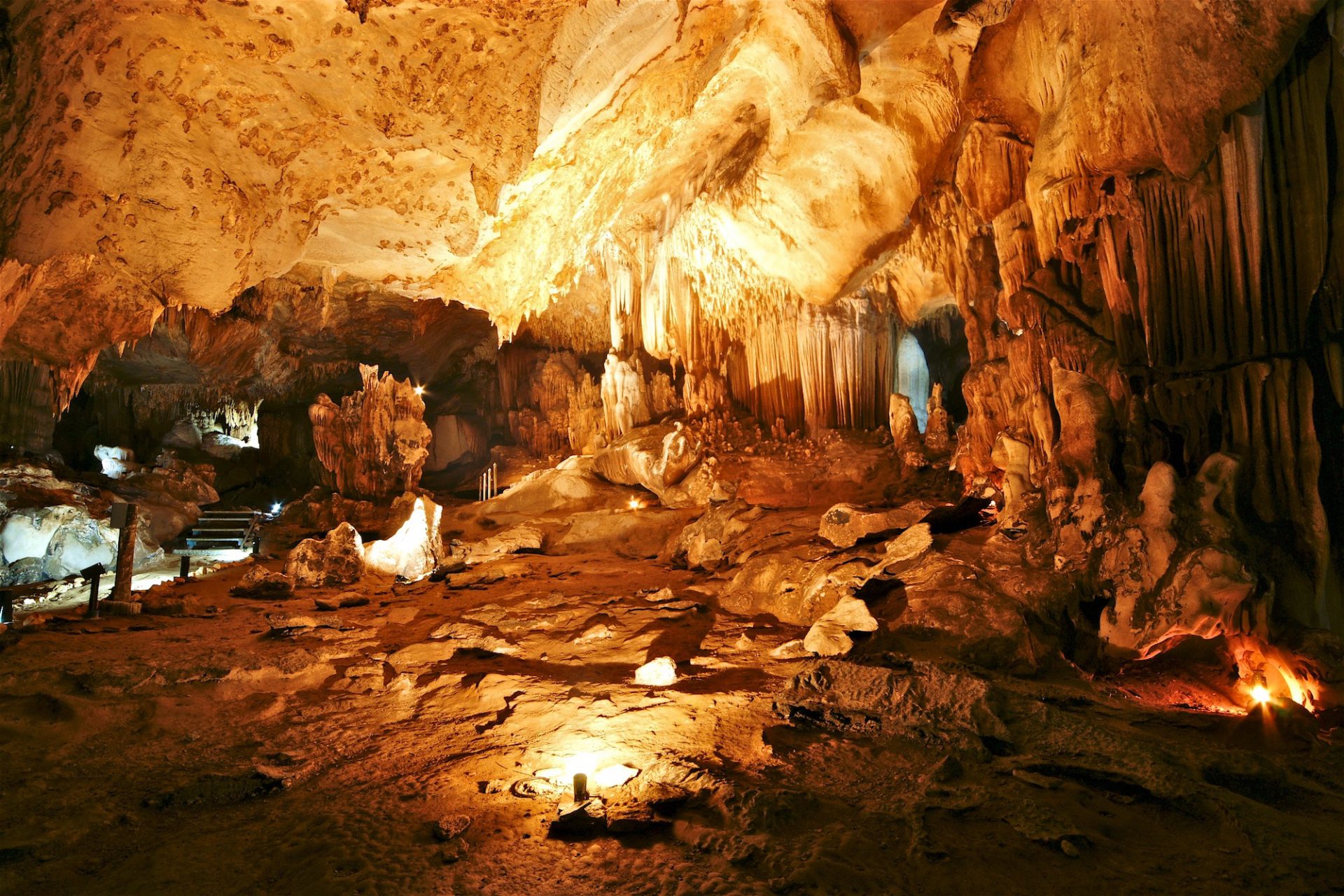 History of the Lawa Cave

Origin of the name

This cave has the name LAWA. When an explorers found human skeletons and animal bones in the cave, they turned out to be around 3000 years old. They found signs from religion practices, these probably came from a community that lived during that time with the LAWA culture, so that is why we call the LAWA Cave.

Who discovered the cave?

Phin Dokkhem is the man who discovered the LAWA cave. Phin found this cave in 1950. His house was located near the Kwai Noi River, about 150 meters away from the mountain where the lava cave is located. Phin Dokkhem was a farmer and hunter in the surrounding areas. One day he went out hunting in the jungle and shot a porcupine, but it didn’t died and got away. Phin tracked down the porcupine until he found it in a beautiful and big cave. This ended up to be the LAWA cave.

The legend about LAWA Cave came after Phin found the cave. He always dreamed about being the owner of the cave and he decided not to tell anyone about what he found. The only one that Phin told, was his son Khu. However, Khu did tell his father’s secret to others and soon after, there was an incident where his father became blind.

After Khu went to see the cave, he thought it was so beautiful and grand that everyone should know about it. He decided to inform the authorities about the cave’s existence. The government send officers to explore the cave and found a part that indicated to the LAWA culture such as animal bones, fossils and human skeletons. The team that explored the cave has send everything that they found to a museum.

The objects proved form of existence in the cave through human skeletons. Everything that was found is around 3000 years old. They believe the humans that lived in the cave had to have good vision in the dark, because the cave is dark and long, around 400m. The cave has only one entrance, therefore the air flow is minimal and makes it harder to breath, especially at the end of the cave.

From ancient cave to tourist attraction

People from the village took care of the cave for a long while, but after 40 years The Royal Forest Department took over and took care of it until now. More than 20 years later The Royal Forest Department made a recondition, where the cave is considered suitable for travelers to visit. They made a cement stair with 114 steps and an electrical system has been set up in the cave for some light along the walking path. The cave has been divided in 5 rooms, they all have their own unique name and elements.

The monkey room has stalagmite and a stone in the shape of a monkey. If you look closely, it has his right hand up. That is why this area is called the money room.

This is not a big area, but it has fascinating forms of stalagmite and stalactites. A special form that can be found by looking around with a sharp eye is the crocodile shaped stalactite. The crocodile is a large piece in the small room.

The music room will have stalactites from the cave ceiling. Each and every stalactite has something special, because when we give a slight knock against them, you can hear that they make a sound. Each sound is different as the thickness of the stalagmite also differs. However, it is not allowed anymore to tough them as it got damaged in the past, because too many people wanted to tough it. Therefor only the tour guide is allowed to demonstrate.

This bat room comes after the music room, which is really spacious. Here you can see the original granite rock. In this room there are stalagmites and stalagmites converging to look like a pillar from the ground to the cave’s ceiling. The highlight of this room are all the bats hanging from the ceiling.

The last room in the LAWA cave is specious as well and renowned as the most beautiful room, because the room is huge and has a beautiful shimmering stalagmite. There are many stalactites and stalagmites which are very colorful. It can be warm and stale in this room as it is at the end of the cave.