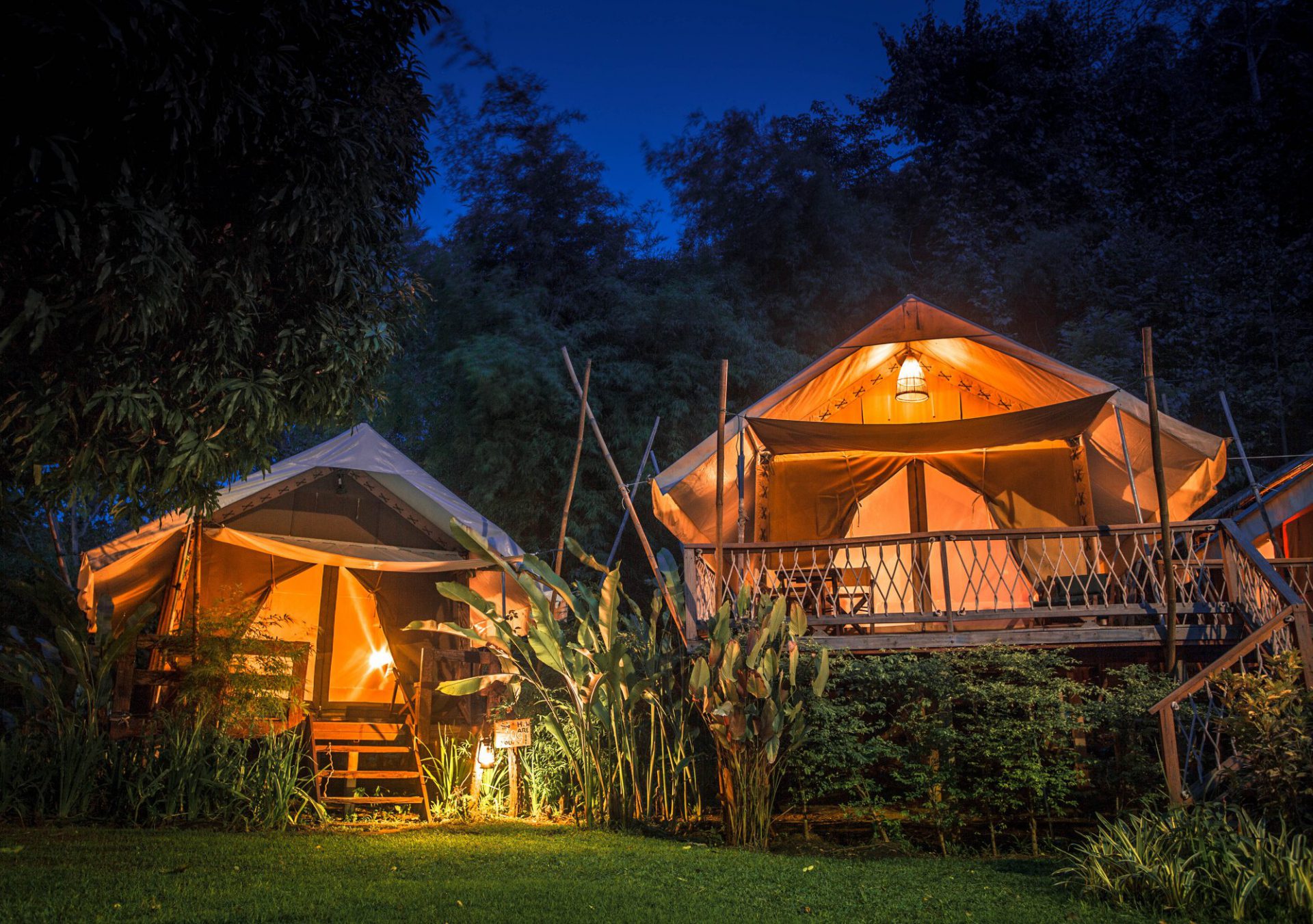 The Story of Hintok River Camp

From July to September 1943 Hintok River Camp was a British PoW (Prisoners of War) camp of 300 of whom 79 died. Today’s camp pays homage to its predecessor in name and theme, by using tents, reminiscent of the PoW’s bell tents, motifs such as railway ties and a guard tower. There was a steep and difficult 250-foot climb to work on the railway everyday.

Hintok Story museum is on the site of the former camp kitchen. A short distance from the front door is a near vertical 25-foot deep limestone natural drain hole. At the bottom, it levels out somewhat and descends gently to a narrow opening 12 feet long leading to a small, lower gallery. This drain hole was used as a refuse pit by the PoWs.

The pit recovers hundreds of PoW artifacts. Many are displayed at the Death Railway museum in Kanchanaburi as well as here.

Early humans sought airy, bright, dry caves for shelter and protection. The cave at Hintok River Camp at Hellfire Pass is anything but that. It is difficult to access and is cramped and damp even during the dry season. Few animal bones, stone flakes and relatively few potsherds were found, indicating very little habitation. However, we have also discovered tools over at least a 10,000 year span. 181 artifacts were recovered. We believe they washed down in monsoon flash floods in the old days.

The majority of artifacts on display at Hintok Story museum –-both PoW and Stone Age–-came from the cave on this Hintok camp site. The few Stone Age ones that did not were recovered from another cave high in the hills above. This cave is locally known as the Death Cave because of dangerous carbon dioxide levels which develop on occasion and which threatened the lives of the team.

The bones of an infant and an adult were found in association with broken pottery, some with the cord design common during the Neolithic, along with a polished nephrite adze (now held by the Fine Arts Department in Bangkok).

Moreover, the cave network under Hintok River Camp is a habitat of the world’s smallest bat—Kitti’s hog-nosed bat (Craseonycteris Thonglongyai)—is in competition with the Etruscan shrew for the title of the world’s smallest mammal. It is restricted to limestone caves along rivers in this corner of Thailand and directly opposite in Myanmar, formerly Burma. Colonies range greatly in size but average 100 individuals. Because of its diminutive size, it is also known as the bumblebee bat.

Females give birth once a year to a single offspring. Because of these fragile characteristics it is listed as a vulnerable species. It was only discovered in the 1970s.

Why Tented Camp? Why Glamping ?

The trend of luxury eco-nature lodge is definitely rising due to rapid expansions of the city area. People increasingly have a bigger gap between their daily life and the nature. Cities are crowded with concrete building, pollution and that gives people tense. On the other hand, nature brings humans to the intimate relaxation. It is believed that the nature is in all of us and it is in our DNA. Living close to the nature will balance people’s stage of mind and health.

Yet even dwelling among the green nature in a remote place, they still want comfort like what they could have in the cities e.g. electricity, air-con, fridge and clean water supply. In this case, glamping seamlessly serves their need to be part of nature whereas remaining the high standard of comfort and security – the fundamental need of human beings.

Hintok River Camp @ Hellfire Pass is a glamping hotel in SERENATA Hotels & Resorts Group that was created by the ‘Passion’ of its owner.