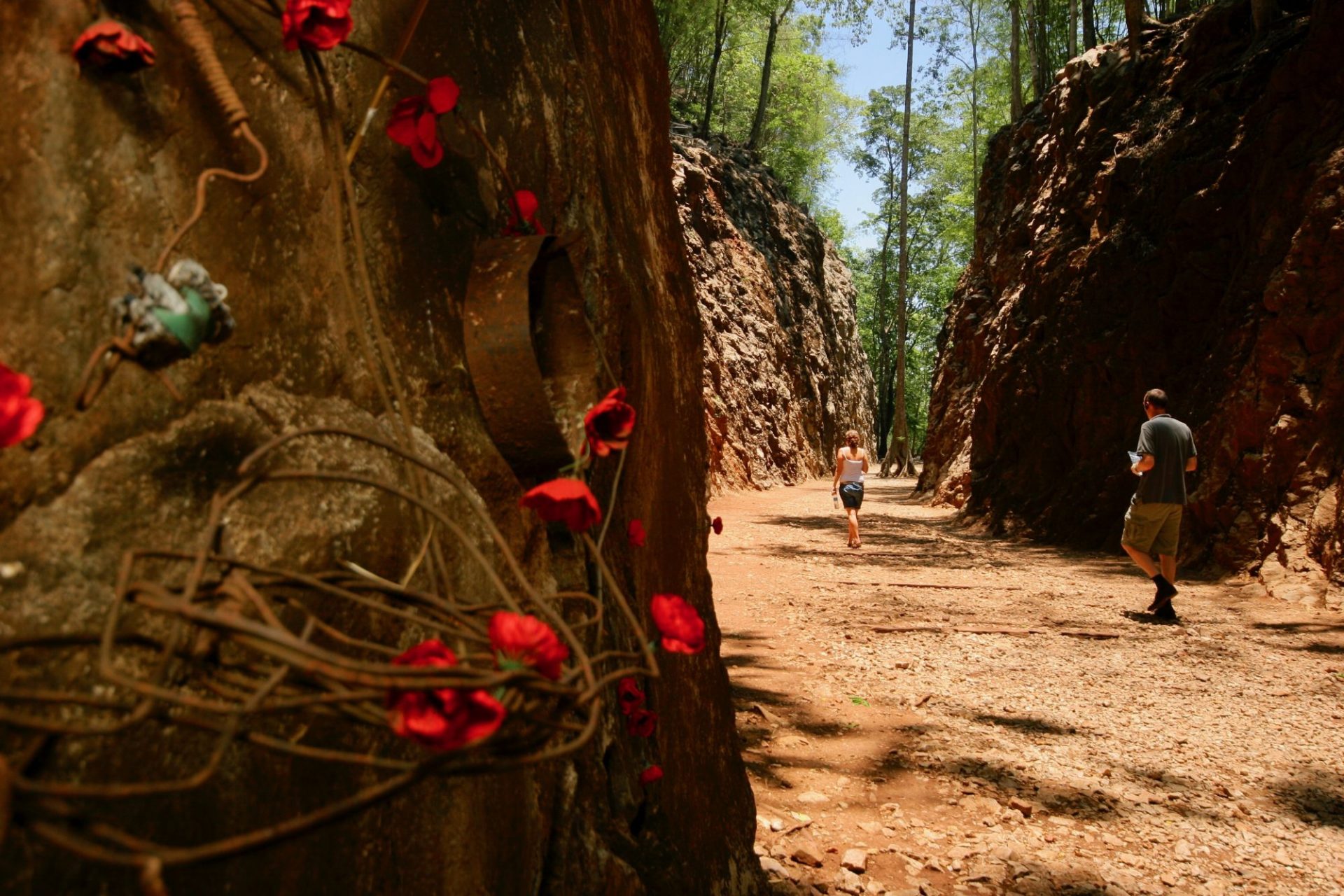 Hellfire Pass is a railway cutting on the former Burma Railway, also commonly called the Death Railway, in Thailand. It lays in the western part of Thailand in the province of Kanchanaburi. This pass has been built with forced labour during the Second World War, mainly built by allied prisoners of war from a multitude of countries. The labour was done in harsh conditions, with heavy loss of life suffered by the prisoners of war. Hellfire Pass is so called because of the fact that the pass was light up by torchlights in the night, which made the prisoners working in these harsh conditions in the night with the red light shining on them visually resembling Hell.

Hellfire Pass is located in the Tenasserim Hills, which was an incredibly difficult section of the railway to be constructed. It was home of the largest rock cutting of the whole railway and was located very remote which lead to a lack of tools and proper care for the workers. The first option for the pass was supposed to be a tunnel leading through the hills as this would cost less work. However a cutting was chosen as the tunnel could only be worked on with two teams, one at both side. The cutting however could be constructed simultaneously at all points. This lead to more effort and deaths of the prisoners of war, which were required by the Japanese to work for 18 hours a day to complete the cutting.

The cutting was completed in approximately six weeks, in which sixty-nine men were beaten to death by Japanese guards while many more died of issues such as starvation, cholera and exhaustion. However, most deaths came from the labourers that were made false promises of good jobs. These labourers (mainly Malayans) suffered the same fate as the Prisoners of war, but no record was kept of their death.

The railway has now long since been removed from the Hellfire Pass and no trains run in the area anymore. This lead to Hellfire Pass become a memorial of the terrible things that happened in the area in World War Two. The biggest memorial being held right now is the Anzac Day Hellfire Pass memorial, which is held yearly on the 25th of April. Officially the Anzac Day is for the Australian and New Zealand Prisoners of War that died in the terrible working conditions of the Death Railway, but it is used to commemorate the others that died in the construction as well.