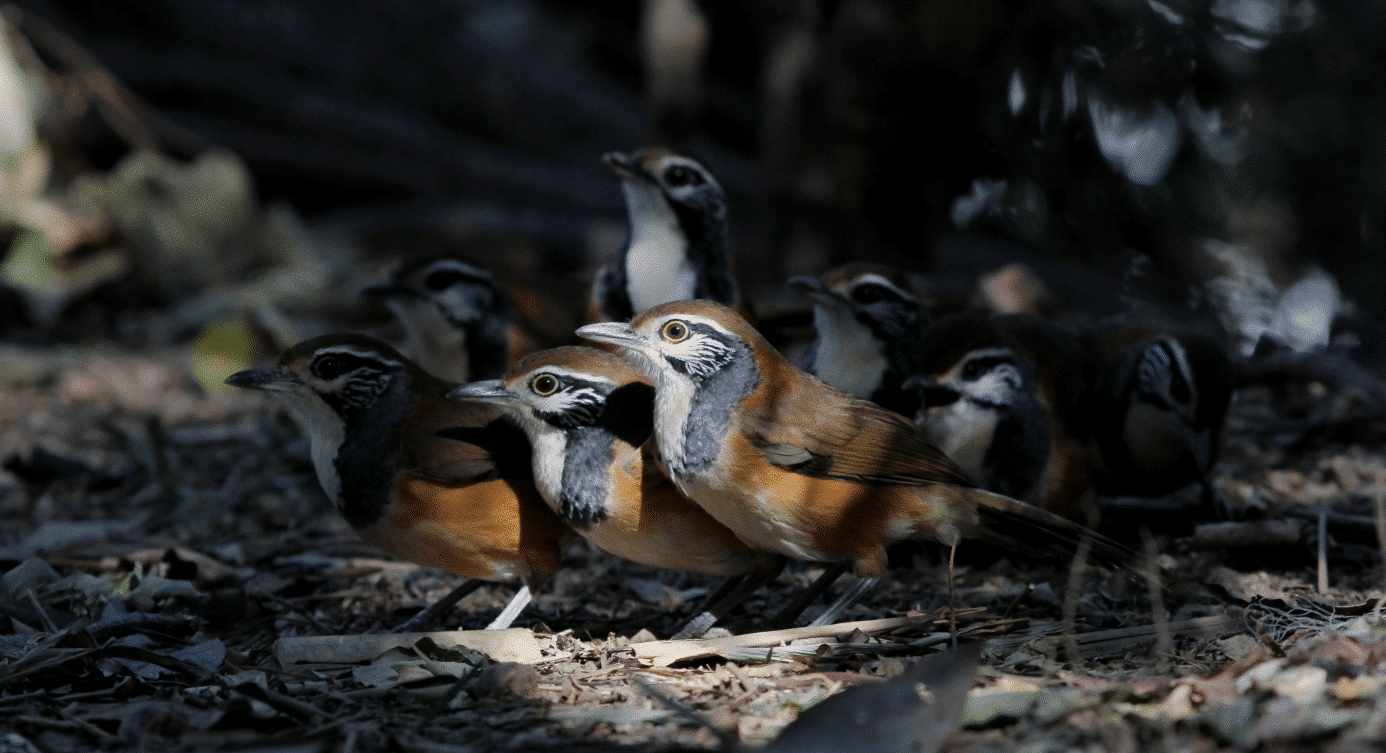 Bird lovers should definitely make a stop in the middle of the impressive nature of Kanchanaburi. Many rare species are living in the dense tropics of natural parks or just around the river Kwai. Take your binocular with you and of you go! To get you excited, here a list of five alluring birds in the region however there are many more great species around! Don’t forget your mosquito spay and some water, good luck!

This tropical bird can only be found in some restricted parts of South-East Asia often around limestone, definitely a must-see for all bird fanatics. The bird measures approximately 16 centimeters, mostly they’re living in couples or small groups (up to six birds). The Limestone Wren Babbler likes to eat small insects and seeds. Also the Puff-throated Babbler can be found in the area so make sure you have your camera ready to picture these birds soon before it flies away.

This beautiful bird has a blue back, its neck and breast are brown-reddish or yellow and the rest is white. The bird is mainly living in India but also amidst the jungle of the Hellfire Pass. Tickell’s Blue Flycatcher eats insects while flying as well as termites and earwigs from the ground. It’s a stunning bird with a short melody vocals, abruptly ending when it is singing. The bird named after the British ornithologist Samuel Tickell.

The White-rumped Shama is a bit taller than the Limestone Wren Babber with a length of +/- 25 cm. Females are a bit shorter than males and have grayish-brown colors while men have a shiny dark back with a brown belly and some white feathers. The bird is a bit shy but keen when it’s about their territory. Males make sure to defend their territory of almost one hectare when his spouse is breading.

As the name will probably already tell you, there are two different species; one with a thick neck and the other one has a smaller neck. With a size of approximately 30 cm this bird doesn’t make lots of vocals, melodies are quite simple. The bird loves many insects but it also eats small fruits and seeds.

In the wet season you can likely see this colorful bird in the trees measuring approximately 20 cm. The habitat varies to different altitudes up to 800 meter in dense forests, gardens and mangroves. Mostly the bird is eating worms other insects from the grounds and even snails with a hard shell.